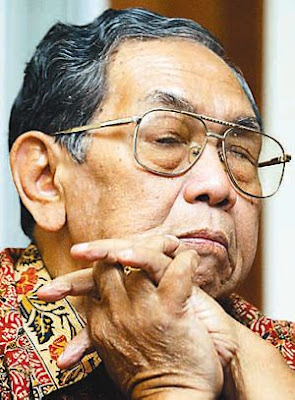 President Susilo Bambang Yudhoyono has described former president Abdurrahman Wahid or Gus Dur as the father of pluralism for uniting the multi-racial and multi-religious country.

"He is the father of pluralism and multi-culturalism. He used his wisdom to end discrimination and held diversity of the people in high regard," said Susilo at Gus Dur's funeral prayer at Pondok Pesantren Tebu Ireng, Jombang, East Jawa here on Thursday.

Gus Dur had shown his strong commitment as a defender of minorities and during his presidency, the Chinese New Year was recognised as a national holiday.

Susilo said Gus Dur had set an example that Islam was a source of peace and tolerance and inspired many imminent people at the national and international levels.

"He will be remembered for his efforts in enhancing democracy in Indonesia. In early 90s, Gus Dur along with other eminent persons organised a democracy forum to spread the democratic concept through strategies and development," he added.

"Gus Dur was a teacher and had given the best part of his life to lead Nahdlatul Ulama for 15 years," he added.

The Indonesian Armed Forces fired in the air and gave a gun salute before Gus Dur was laid to rest.