KUALA BESUT BY ELECTION: A TEST FOR AHMAD SAID?

The first post-general election test of strength between Umno and PAS is set to take place in the Kuala Besut by-election. IT has been quite tough so far for Terengganu Mentri Besar Datuk Seri Ahmad Said, having to hold on to the state with a two-seat majority. But it got even tougher on Wednesday when he was informed that Kuala Besut assemblyman Dr A. Rahman Mokhtar had passed away. The urgent message came through while Ahmad was in Kuala Lumpur, accompanying the Sultan of Terengganu, at the Conference of Rulers at Istana Negara. Ahmad sought to be excused to attend the assemblyman's funeral in Kuala Besut. Death is part and parcel of life but this may shake up the delicate balance of power in Terengganu. Barisan Nasional's two-seat majority in the 32-seat state assembly is like hanging on to a rope from a tall building. But, with Dr Rahman's passing, Ahmad must feel like he is now hanging on by a thin thread. The media has been throbbing with speculation of a hung assembly in the making. This has never happened before and all sorts of scenarios are being tossed about on what will happen if the by-election goes the way of PAS. After all, Terengganu does have a reputation of being a swing state. Fresh state elections is likely should that happen. But as both sides know very well, Besut is an Umno stronghold. In the recent general election, Umno made clean sweeps in Besut and Setiu, where the party's candidates won both parliamentary seats well as all the state seats in the two areas. PAS made a clean sweep in Kuala Terengganu, winning the parliamentary and its four state seats. The strongman in Besut is none other than Education Minister II Datuk Seri Idris Jusoh, who is known as the technocrat-politician. A lot rests on Idris to ensure that Kuala Besut stays with the Barisan and he should have the main say on the choice of candidate for the by-election. The death of Dr Rahman, barely two months after the general election, was somewhat of a talking point in Umno circles. Many are puzzled how Dr Rahman could have been let through to contest because he had undergone surgery for lung cancer two months before the polls. They said the sad affair has made a mockery of the winnable candidate criteria. “A winnable candidate must be able to go the distance and everyone could see he was not well. “The operation affected his voice. It was very soft and sounded like a woman's voice,” said a Besut Umno politician. Rahman's illness was kept under wraps and he went on to win against PAS' Napisah Ismail with a credible majority of 2,434 votes and was reappointed to the state exco. He suffered a relapse on the final day of the state legislative assembly meeting last week and did not recover. There is also some sort of blame game going on. Insiders said Idris, who is Besut Umno division chief had wanted to put a new man in Kuala Besut but the Mentri Besar, who had a big say, insisted on Dr Rahman. “The next candidate must be someone from the area who understands the needs of the people and who is healthy. “Idris is an anchor figure in Besut, it will largely be his campaign. “The candidate needs his blessing and support,” said Dr Azmi Omar who is from the Jerteh branch in Besut. Some in Umno credit Idris for rolling back the PAS influence after he took over as Mentri Besar in 2004 because Besut was the epicentre of PAS activism in Terengganu in the 1980s and the 1990s. At the height of the Amanat Haji Hadi controversy, during which Umno members were condemned as infidels, Besut was notorious for the practice of “two imams.” PAS members refused to be led by the government imam and insisted on praying behind an imam from their party, hence leading to a situation of two imams in one mosque. PAS last won Kuala Besut in 1999, with its candidate Nik Zawawi Nik Salleh, who is now secretary of the party's Majlis Syura. The subsequent years saw internal power struggles between rival ulama groups in Besut that diluted its influence. The infighting was the reason why PAS had to settle for a woman candidate in last month's general election she was seen as a neutral figure. The by-election will also be a test for the new PAS chief of Besut, Ustaz Wan Azhar Wan Ahmad who is known for his fiery oratory and jet black beard. PAS secretary-general Datuk Mustafa Ali, who is from Terengganu, said the party has a good political machinery in Besut but admitted “it is not going to be easy”. But no one is taking anything for granted despite Besut being “Idris territory” and Kuala Besut being an Umno seat. Besut is on the border of Kelantan and Umno can expect the Kelantan PAS arsenal to make its presence felt in the campaign. Kuala Besut is 99% Malay and it will be a Malay fight between two traditional rivals who are often at each others' throats but who also embrace each other as brothers in Islam. (written by joceline tan, published in today's The Star) 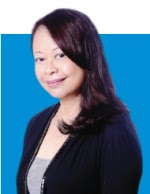 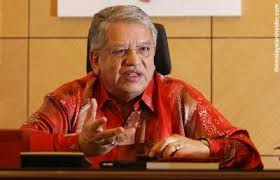