BRIDGE PROJECT ACROSS THE STRAITS OF MELAKA WILL CONTINUE 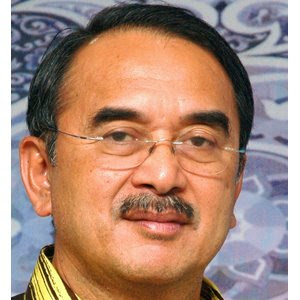 The bridge project spanning 35km across the Straits of Melaka between Melaka and Dumai, Sumatra will continue despite objections from detractors, the state assembly was told Thursday.

Melaka Chief Minister Datuk Seri Mohd Ali Rustam said Exim Bank of China had reportedly agreed to finance 85 per cent of the RM44 billion project while the remaining 15 per cent would be raised by private companies involved.

He was replying to a motion to shelve the project tabled by Khoo Poay Tiong (DAP-Ayer Keroh).

Khoo said the project was not practical and it would be better for the state government to find ways to improve the ferry and air services between Melaka and Sumatra.

"Definitely the bank from China wants a government guarantee before proceeding with the funding and if the project failed, the government will also be at risk," he added.

Mohd Ali said the project had received a greenlight from the Sumatran authority and it had been deliberated at the Malay World Islamic World and the Indonesia, Malaysia, Thailand Growth Triangle (IMTGT) conferences.

A proposal on the bridge project had been submitted to the Economic Planning Unit, he said, adding that the bridge would stimulate economic activities between the peninsular and Sumatra.The motion was rejected by the house.The sitting was adjourned until a date to be fixed later.
Disediakan oleh Zabidi Hj Saidi - @ 5:24 PG
Label: bridge, project
Catatan Terbaru Catatan Lama Laman utama
Langgan: Catatan (Atom)