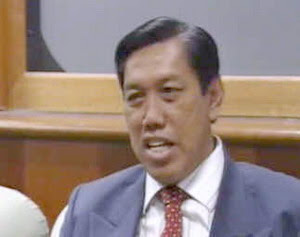 The Malaysian Anti- Corruption Commission (MACC) detained 605 people last year on suspicion of being involved in various forms of corruption.

"This clearly shows that there has been a very big change in the awareness of civil servants towards corruption," he said at an anti-corruption and civil service integrity seminar organised jointly by the MACC and the Negri Sembilan branch of Cuepacs that was officiated by Negri Sembilan state secretary Datuk Mat Ali Hassan who represented Menteri Besar Datuk Seri Mohamad Hasan here Tuesday.

He said the MACC had received various complaints and done investigation on civilians and private bodies in connection with graft especially in bids to bribe civil servants.

Ahmad Said said following the government's and MACC's efforts to have programmes to educate about corruption and intergrity there has been much positive effect whereby many civil servants had come forward to report about attempts to bribe them.

"The efforts to fight corruption needs planning and implementation of various policies and programmes systematically and continously. The level of awareness regarding the dangers of corruption has to be enhanced from time to time.

"We need to handle the question of integrity comprehensively by instilling noble values in all our actions," he said.