THE COST FOR THE HAJ PILGRIMAGE WILL BE MAINTAINED 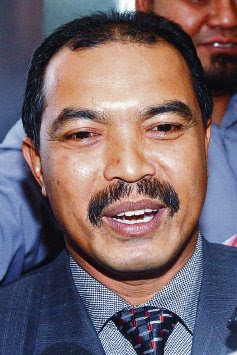 Tabung Haji will try to maintain the cost for the haj pilgrimage by signing rental and lease agreement for a longer period with the building owners here, said Minister in the Prime Minister's Department Maj Gen (R) Datuk Jamil Khir Baharom.

He said for the time being, this was the only way Tabung Haji could maintain the haj cost for pilgrims.

"Since Malaysian pilgrims number around 26,000 annually, Tabung Haji needs to find numerous hotels to rent for a period of 10 to 15 years.

"This will definitely involve a large sum of money," he told the Malaysian media team covering this year's haj after visiting Tabung Haji's operation office at the Janadriah building here Monday.

He was responding to questions on the rising rental rates for buildings here and Tabung Haji's efforts to maintain the cost for haj pilgrimage at about RM10,000 each pilgrim.

When asked why Tabung Haji did not own any buildings here, Jamil said the Saudi Arabian government's policy did not allow any foreigners to acquire buildings or properties in the country, especially in Mecca and Medina.

For this year's haj operation, Tabung Haji has rented 10 buildings around the city to be used as hostels for the pilgrims.

Meanwhile, Jamil said the Malaysian government appreciated the commitment showed by the Saudi Arabian government to maintain the cost in performing haj at the lowest level possible.

The Malaysian government also lauded the efforts taken by the Saudi Arabian government to provide various facilities for the pilgrims' convenience, including the expansion of the Masjidil Haram (Grand Mosque), Jamrah and monorel service between Mecca, Arafah and Mina.

On the management of Malaysian pilgrims, Jamil said Tabung Haji had carried out its responsibility well, especially concerning the pilgrims' welfare, and it had also set up two hospitals in the holy land to ensure pilgrims with health problems were given proper treatment.