UP TO THE GOVERNMENT TO TAKE ACTION 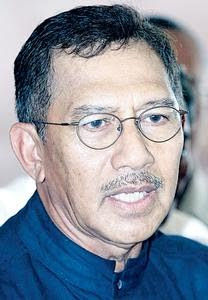 The Public Accounts Committee (PAC) has left it to the government to decide on the action to be taken against all those involved, including the big names, in the Port Klang Free Zone (PKFZ) scandal.

Its chairman Datuk Seri Azmi Khalid said this included action to be taken against former transport minister Tan Sri Chan Kong Choy and former general manager of the Port Klang Authority (PKA) Datin Paduka O.C.Phang who both could be liable for criminal breach of trust.

He said the government had on June 27, 2007 decided that all the officials involved in going against the stipulated procedures, causing the government to be dragged into a scandal, would be severely dealt with.

"The decision had been made by the government and what the PAC wants now is for the authorities to act," he told reporters at the parliament lobby Wednesday.

This morning, the PAC handed out its report on the PKFZ scandal following the cost of the mega project escalating to RM4.947 billion so far from RM1.957 previously.

In its report, the PAC recommended, among other things, that the Malaysian Anti-Corruption Commission (MACC) and police investigate Chan and Phang's involvement in criminal breach of trust with regard to the issuance of letters of support and letters of undertaking over the project.

Azmi said the PAC did not have the executive power to determine the kind of action to be taken against those guilty of wrongdoings, but only to study and make suggestions over irregularities involving public funds.

"But based on the report, the PAC wants immediate action be taken against the personalities involved in the PKFZ scandal."

He said the PAC was confident Malaysia had enough laws to determine the kind of action to be taken against the guilty parties after thorough investigation by the relevant authorities.

"We don't know whether it's corruption because it needs to be proven. But there is a lot of wrongdoings here, so which category of crime they fall into, we don't know...it is up to the authorities concerned to determine," he added.
Disediakan oleh Zabidi Hj Saidi - @ 5:35 PTG
Label: action, take 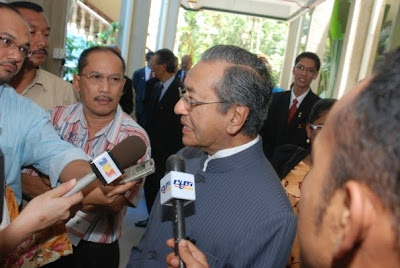