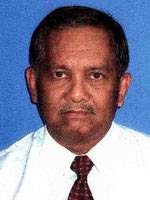 With Malaysia’s leading role sealed in the proposed Agreement for the Drop on the Philippines’ Claim on Sabah, there is no reason why Malaysia would hesitate on the Kiram III Proposal knowing the tremendous win-win result of such an historic agreement. We urge therefore that the Malaysian’s ambassador to the Philippines responds positively to pave the way for initial discussions on the matter, all for the sake of a mutual long-term and incalculable socio-economic benefits.
Disediakan oleh Zabidi Hj Saidi - @ 8:47 PG
Label: selesaikan, tuntutan
Catatan Terbaru Catatan Lama Laman utama
Langgan: Catatan (Atom)