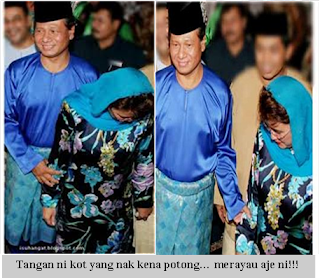 Datuk Seri Anwar Ibrahim pledged last night to revoke the recent multimillion ringgit Petronas contract awarded to Tun Dr Mahathir Mohamad’s son, saying this would be one of Pakatan Rakyat’s (PR) first steps to end cronyism should it win federal power in Election 2013. Speaking at a ceramah in Taman Semarak here, the opposition leader heaped criticism against his long-time arch nemesis for allegedly reaping the riches of the country’s national oil company for his family, namely his son Mokhzani. “First, within 24 hours of Pakatan’s swearing in, we will drop the prices of fuel for the whole country,” he said to a crowd of over 1,000 people in the Hulu Perak district township. “Number two, is this oil contract. Do you think under Najib it would be retracted? No. But if we take over, I want to tell Dr Mahathir — I am Anwar, I am not Najib. “Najib is afraid of you but I am not. I have no intention of being cruel to you or to take revenge, but this billion-ringgit contract given to your son, I want to stop it, I want to give it back to the children of Malaysians nationwide,” Anwar (picture) said. Mokhzani is part owner and vice-president of Sapura Kencana Petroleum Bhd, an oil-and-gas (O&G) specialist that has been awarded a RM836 million risk production contract by national oil company Petronas Bhd. With RM11.85 billion in assets, Sapura Kencana is one of the world’s top O&G service support players by asset base. It has also started venturing into other oil-producing countries such as Kazakhstan. Dr Mahathir, the country’s longest-serving prime minister, has been going on a stump for Barisan Nasional (BN) ahead of the coming polls, recently telling voters in Umno’s Johor bastion to end the political careers of PR leaders, especially DAP adviser Lim Kit Siang who will be contesting there. Lim is heading the opposition pact’s assault of Johor in the general election. PR leaders were quick to retaliate, centring their attacks on the influential Umno leader’s family members. “The Petronas adviser is Dr Mahathir; Dr Mahathir’s son, Mokhzani Mahathir, is among the richest people in Malaysia. Does he think his son is the only Malay around?” PKR secretary-general Datuk Saifuddin Nasution Ismail told some 2,000 people at a ceramah in Johor earlier this week. “Why does Dr Mahathir hate Anwar, Lim Kit Siang and Abdul Hadi? ... because they are the new hope. “Why is Mahathir angry? This isn’t his time anymore, because he knows if we can change, not only Mahathir but even his children are finished,” DAP secretary-general Lim Guan Eng said at the same ceramah. “Dr Mahathir’s son is the 13th richest person in Malaysia,” said the Penang chief minister, who is also Kit Siang’s son. In a televised address on Wednesday, Prime Minister Datuk Seri Najib Razak announced the dissolution of the Dewan Rakyat, paving the way for the long-awaited 13th general election. 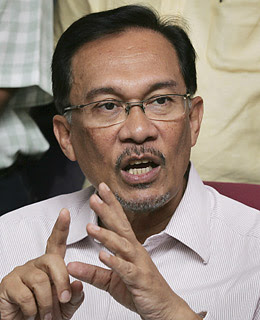