NAZRI SHOULD WITHDRAW HIS STATEMENT 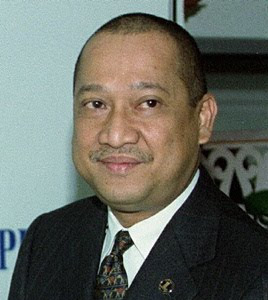 Taxi drivers in the Klang Valley have demanded that Minister in the Prime Minister's Department, Datuk Seri Mohamed Nazri Abdul Aziz withdraw his statement saying "the bad attitude of our taxi drivers is worse than our filthy public toilets."

Azmi Md Yatin, chairman of the Executive Taxi Owners Association of Malaysia, said although Nazri said only a small number had negative attitudes like charging high fares and refusing to take passengers to far destinations his equating taxi drivers to toilets was an insult.

In a news report on Dec 9, Nazri said a survey of tourists revealed that the worst complaint was about taxis while toilets fell to second place leading to Nazri to declare that taxi service was worse than filthy public toilets.

"The statement by Nazri is extreme and we (taxi drivers) from the Klang Valley unequivocally agree that Nazri apologise openly to clear the image of all taxi drivers in the country," Azmi said.

He said this to reporters after handing over a memorandum of protest regarding Nazri's statement to the Federal Territory Umno liaison committee secretary, Kamarudin Hassan, at the Jalan Peel Umno branch here today.

About 100 taxi drivers from the Klang Valley were present at the handing over event.

Meanwhile, Kamarudin said the memorandum will be handed over to Prime Minister Datuk Seri Najib Tun Razak and his deputy Tan Sri Muhyiddin Yassin next week.

Azmi said the taxi drivers in the Klang Valley wanted Nazri to relinquish his portfolio overseeing the Commercial Vehicle Licensing Board (CVLB) and called on the prime minister to replace him with someone else.

In the event Nazri refuses to meet the demand, which was also listed in the memorandum of protest, Azmi said he will ask all taxi drivers from various taxi associations in the Klang Valley to meet the prime minister to resolve the matter.