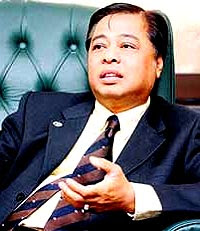 The usage of MyKad itself will be open to abuse of the whole system. My Kad will just be another commodity that can be borrowed or even sold by unscupulous invidividuals to another. It does not differ very much from the present system of using the indent card by those who qualify for fuel subsidies (which are being abused daily).

The present infrastucture consists of the credit card, loyalty card processing machine available at petrol pump kiosks and or check-out counters at point-of sales. The question is security. These machines are not government owned nor operated, but are owned and operated by private companies. All data are being processed by clearing houses which are privately owned.

The risk of the possibility of a security breach, whereby personal details of citizens can be compromised or even copied and clonned are very apparent.

Thus the question on the security aspect of using MyKad utilising the present infrastructure should be addressed by the government before the implementation of such a system.

Once the general public is aware of such risks in using the system, the usage of MyKad to manage fuel subsidies will just another failed venture.

The government should look at a more secure system. The government has put in lots of efforts and money to develop and adapt the MyKad technology to replace the older version of our NRIC. If the government chooses to implement the system announced, ituwill just erode public confidence in the security of their private and personal data stored in MyKad.

What the government need is dedicated processing system, whereby the system is used only for the management of subsidies, and not a processing system that is running along with other applications such as cerdit cards and loyalty cards such as bonus link, mesracards and so on.

The government should look at a more comprehensive system. Presently subsidies given out by the government is being used daily by the unscrupulous. Subsidised LPG cooking gas meant for households are being used by laundry shops and restaurants. There are even people who run factories where these subsidised LPG cylinders are being emptied and re-pumped into industrial LPG cylinders and sold at a very handsome profit albeit illegally.

How many times we read about subsidised food item being smuggled out to neighbouring countries? How about all the rumours about some our fishermen who go out to sea just to sell off the subsidised fuel, instead of fishing? What about the control of subsidised fertilisers? Some has been found across our northern borders. It is an endless list.