Chief Minister Musa Aman is an ideal candidate to run for one of the three Umno vice-president posts in the coming party elections, said Sabah Umno liaison deputy chief Salleh Said Keruak. Sabah Umno deputy liaison chief Salleh said Musa, who is the state Umno liaison chief and state Barisan Nasional (BN) chairman, is a visionary and experienced leader with good leadership qualities. He added that Umno Sabah will be solidly behind the chief minister “if he decides to bid for Umno vice-president post.” “Musa is a committed party worker and delivers what he promises unlike some leaders who just play politics and create his own grouping,” he told reporters after meeting a group of Umno grassroot leaders at his residence in Likas, near here today. Spearheaded by Musa, BN retained Sabah with a two-third majority in the 13th general election by winning 48 of the 60 state seats. The state BN also won 22 of 25 parliamentary seats in Sabah, leading to the formation of the BN government at federal level. Salleh, who is also the State Legislative Assembly Speaker, said Umno Sabah is not aiming for higher positions in the party. “What we want is for the top leadership to recognise our struggle and the unique political situation in Sabah. “We also want to bring development to our people and more de-centralisation and delegation of power to the state government led by Umno,” he said. Salleh added that this is what Sabahans are fighting for and that, whenever possible fund must be channelled to the state government. “Sabah has been part of Malaysia for 50 years and we, Sabahans, are capable of bringing about development in the state,” he said. Salleh has recently called on the federal government to streamline the rural infrastruture allocation system for Sabah with federal government channelling funds directly to the state government to boost the effectiveness of project implementation, particularly the four components of rural development projects. The four are Rural Roads (JLB), Rural Water Supply (BALB), Rural Electricity Supply (BELB) and Housing Aid Programme (PBR).(dipetik dari freemalaysiatoday) 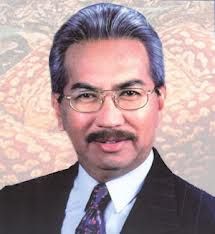