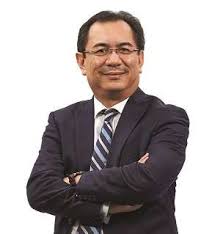 A major property company with a staff strength of 2,000 could at best deliver 3,000 new homes into the market a year.

Projek Perumahan 1Malaysia or PR1MA, the acronym coined by Prime Minister Datuk Seri Najib Razak, has 132,000 new homes under construction and a total 263,366 homes approved for construction by its Board of Directors.

There is no late delivery as accused by the Opposition. Back in 2013, more than 4,200 homes were already sold under PR1MA. It was the only counter point to critics of the undelivered or some claimed non-existent public housing program in Selangor and Penang.

Currently, there are about 1.4 million Malaysians registered under the PR1MA first-time home buyers programme. The minimum age is 21 years and 88 per cent are those registered are aged 40 years and below. It is open to all races and the applicants profile almost replicate the racial composition of the country.

It is still far from their targeted 500,000 homes in BN’s 2013 election manifesto. Already it is a commendable achievement by Perbadanan PR1MA Malaysia with staff strength of about 200 and only launched in 2011.

Given limited resources and constraints, PR1MA is an exemplary socio-economic effort. It is a Blue Ocean strategy in every sense of the term.

PR1MA arises out of a concern by the late Tan Sri Dr Jamaluddin Jarjis with the unhappiness among youths towards the government.

He had current PR1MA Chief Executive Officer and his former Political Secretary, Datuk Abdul Mutalib bin Alias to lead a team to understand and identify their grouses.

Among the findings was that university graduates had complained that repayment of PTPTN loan was stifling at the start of their employment life.

It was at about the time the global economy was slipping as a result of declining oil prices.

Quite typical at the start of any recession, new jobs were not in abundance. This time around corporate Malaysia was on a retrenchment binge. There was one VSS after another. There was a sense of economic insecurity in the air.

Other than repaying their PTPTN loan, the priorities for the newly-employed graduates were vehicle ownership and helping out their siblings and aging parent..

Though important, there was no room in their monthly paycheck for home ownership. It became a lower priority.

Unfortunately, a survey found more than 60 percent of graduates put off marriage till they could own homes. PR1MA database has 43 per cent of those registered are unmarried. The problems were more than the common struggle of starting up. It was a major social problem in the making.

It came about at a time when new houses were beyond the affordability of young executive and youths with monthly salary of RM3,000 to afford the minimum deposit and secure sufficient loans from banks.

As a result of new policies introduced by new state governments in Selangor and Penang to peg sales of state land at market prices, requirements imposed by local council on developers to build low-cost homes were not feasible.

The poor were generally taken care of by government programmes but middle class issues were unattended. Though able to sell lower by 20 percent of the market, PR1MA is not a low-cost developer.

The team led by Mutalib foresaw the need to help the middle class in the area of home ownership. It is not merely the basic need for shelter but ties in with wealth creation and social mobility for those from humble family.

It explains why the PR1MA package is flexible to allow for monthly income range from RM3,000 to RM15,000 per household, and recently announced shorter moratorium period on resale of 5 years.

In the first meeting to brief the prime minitser back in 2009, Mutalib impressed the need for the transformational programme to be undertaken to reduce the over subsidy in the government budget to consider a focus subsidy approach.

Najib accepted the idea of PR1MA but disagreed to appoint a renowned property man for the CEO post. The socio-economic rationale may not be understood and ex-banker Mutalib was tasked to see it through.

Mutalib had to convince his alumni network to forgo their professional pursuits or postpone their retirement for the cause.

Market analysts saw PR1MA initiative as good for the construction sector but no developer put forward any proposal that met the socio-economic purpose.

The claim of limited resource is not an over exaggeration. Not only was the CEO without experience in property, land is a scarce resource in major cities.

PR1MA identified 30 plots of government land. Having built Putrajaya, there should be no need for land plots in Kuala Lumpur. The little Napoleons were not cooperating and only three plots were secured. So PR1MA was tasked to revive abandoned projects from the recessions of 1985-86.

Initially, 60 per cent of successful applicants had to forgo PR1MA offer due to financial ineligibility. In their database, 64 percent represented households with monthly income between RM2,500 to RM4,000.

To address this, PR1MA introduced stepped-up end financing (SPEF) where buyers need not repay the principal part in the first five years but only to service the interest.

There is a sincerity and commitment by the team in PR1MA to overcome problems and ensure the original intention stay on course.

It is helpful that there is strong political will by the national leadership to address the perennial problem of housing inherited from the past. According to official reports, 183,755 units affordable homes were completed, 214,011 units under construction, and 309,571 units at planning stage as at end of 2015.

Given time, market will force upon developers to return to the affordable homes market or ‘mampu tengok’ (affordable to see) homes end up sold at sale ‘mampu beli’ (affordable to buy) prices. Johor’s recent launch for below RM100,000 homes could lead to it.

Penang and Selangor is better off cooperating with PR1MA on affordable homes. Selangor Ku programme approved construction for 89,396 units but only 3.2 per cent was completed. Penang claim more than 20,000 unist built but when asked where, it has yet to be answered.