The contest for the Umno vice-president posts and the Supreme Council (MT) posts will allow party members to make the best choice. Sabah Umno deputy chairman Salleh Tun Said said the election of party leaders is also in line with the democratic principles practised by Umno. “Do not attempt to create a package for all the posts via negotiations as it is not good for Umno,” he told reporters after attending an Aidilfitri function organised by Kampung Pengkalan Abai Umno brach here last night. Salleh, who is also the Speaker of the State Assembly, however agreed that the posts of Umno president and deputy president should not be contested. “The vice-president posts should be contested as there are three slots, unlike the president and deputy president posts which have only one each,” he said commenting on Sabah Umno leaders support for Chief Minister Musa Aman to contest the Umno vice-president’s post. Salleh was reported as saying that Musa is a good candidate for the Umno vice-president’s post considering his good track record having led Sabah Umno to victory in the 13th general election (GE13). Following his statement, several Sabah Umno division chiefs openly supported Musa should he decide to contest the Umno vice-president’s post in the party elections later this year. Meanwhile, Salleh reminded all Umno members to always give priority to unity for the sake of the party’s survival. “As the dominant party and the backbone of the state, Sabah Umno should always remain united and strong as it reflects the stability of the government,” he said. - Bernama 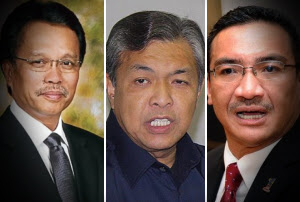